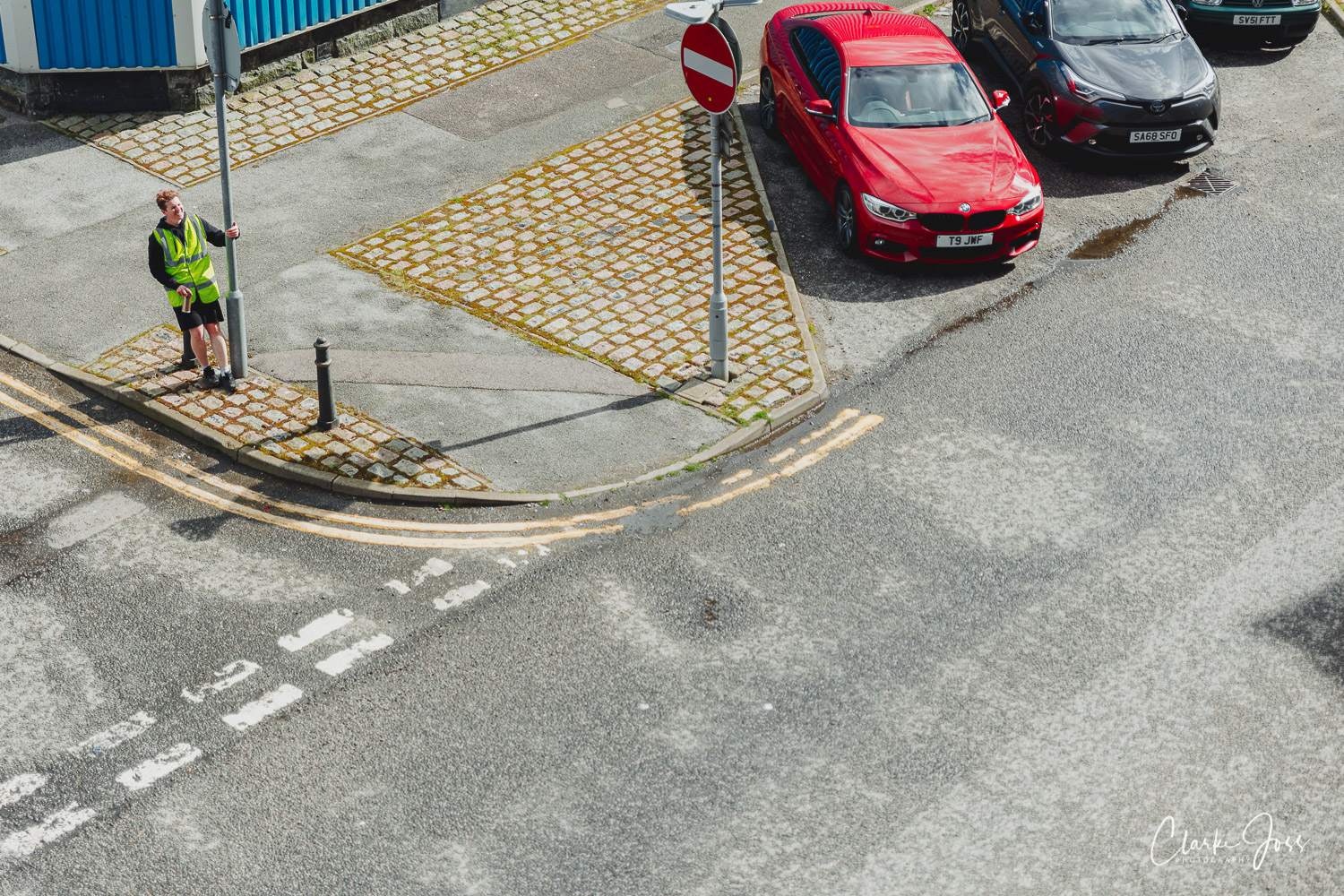 As we settle into our first major production in 2021 we thought it important to take a minute to appreciate what it means to us and the hard work that’s got us here!

We welcomed Aberdeen native KMG back to the Granite City to help us kick of our Nuart Aberdeen Summer 2021. Katie has been an important part of the Nuart production team since we first arrived in Aberdeen, often travelling up from her base in Edinburgh to help and assist many of the artists who’ve graced the cities walls since 2017. Her energy and humour has always helped to push the production team and the occasional artist and she’s become a firm favourite with the whole team.

Her 7 eyed character Ken was originally painted during a visit to Aberdeen and he’s become something of an icon. Indeed its rare for you to walk down Aberdeen’s Union Street and not to hear a local ask “D’ya ken fit?” which means “do you know what?” or “ken fit like” which translates as “you know what like”. We do wonder what visitors think of our local mannerisms but if “ya ken Ken” then you’re doing alright!

As the emails and paint orders started to come in we took the decision to get to work but without the usual media hoopla. With Covid weighing heavy in everyone’s minds the decision was made to use our local expertise with members of the Aberdeen team stepping up to manage this years productions with support from the team at Aberdeen Inspired and a dedicated studio space in The Anatomy Rooms. As the fishmongers forklift whizzed around outside the factory gate, KMG got to work on the Union Square wall at Palmerston Road. The platform lift whirred into action and the site became a flurry of creative activity as a giant Ken slowly came to life over the course of 6 days! 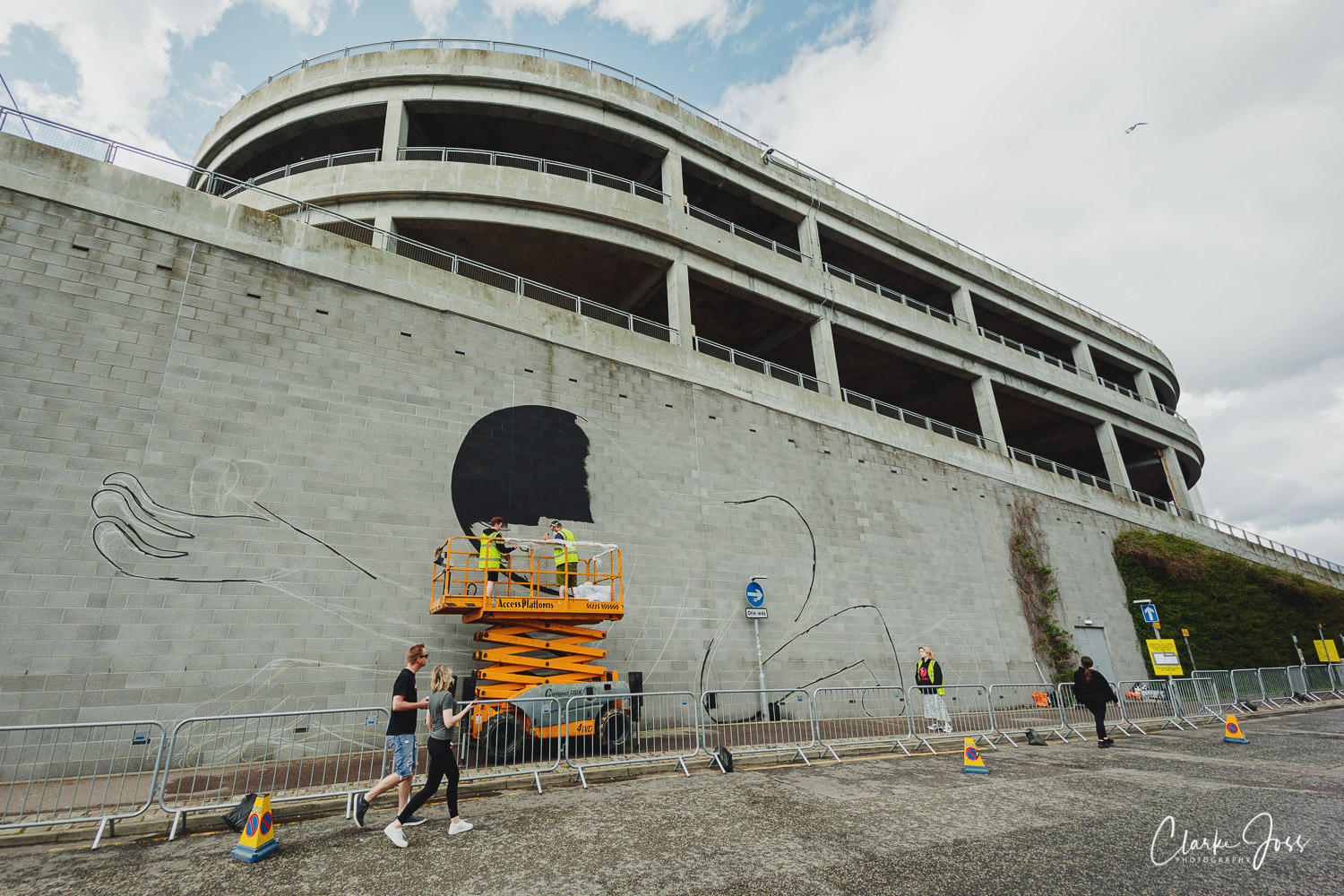 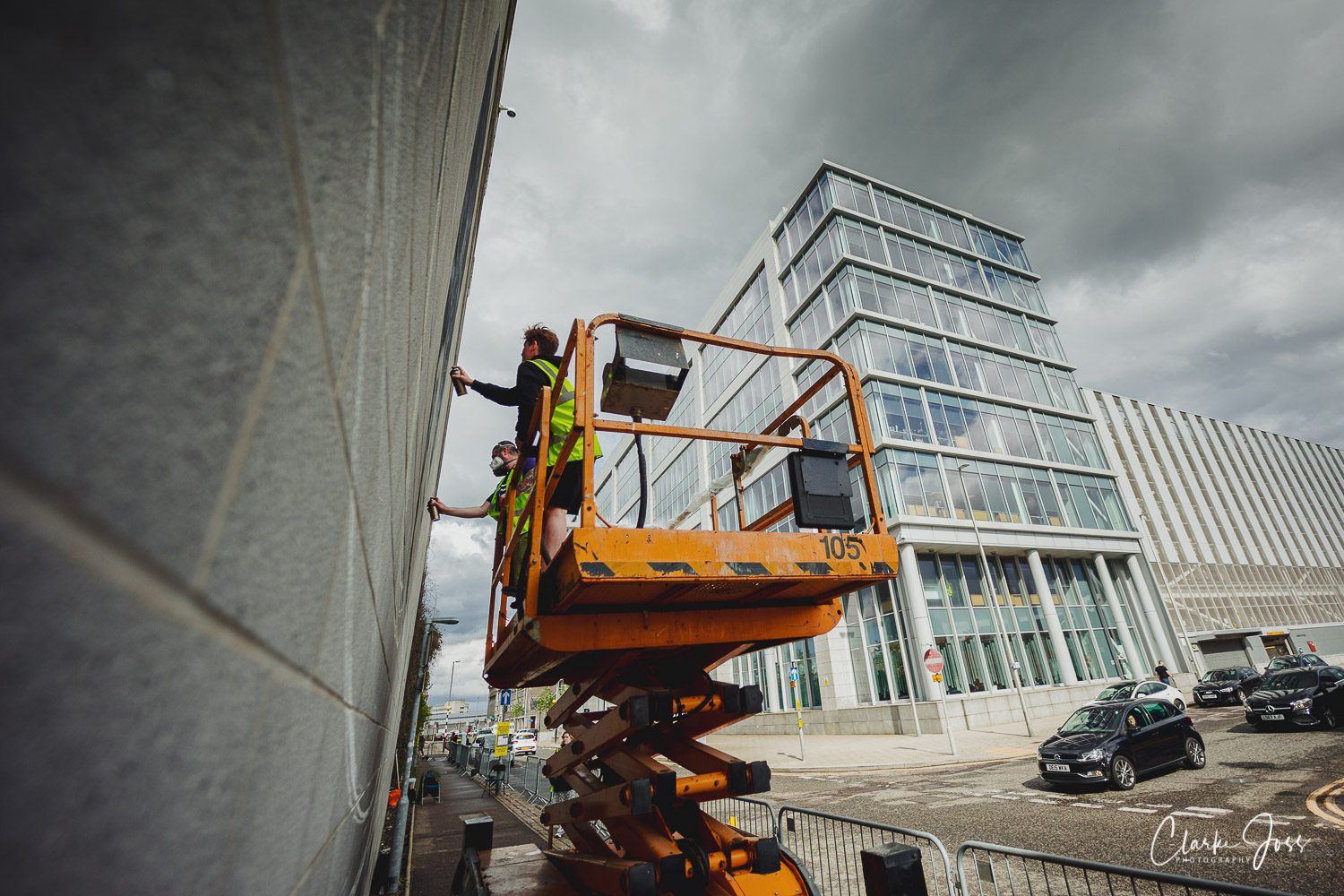 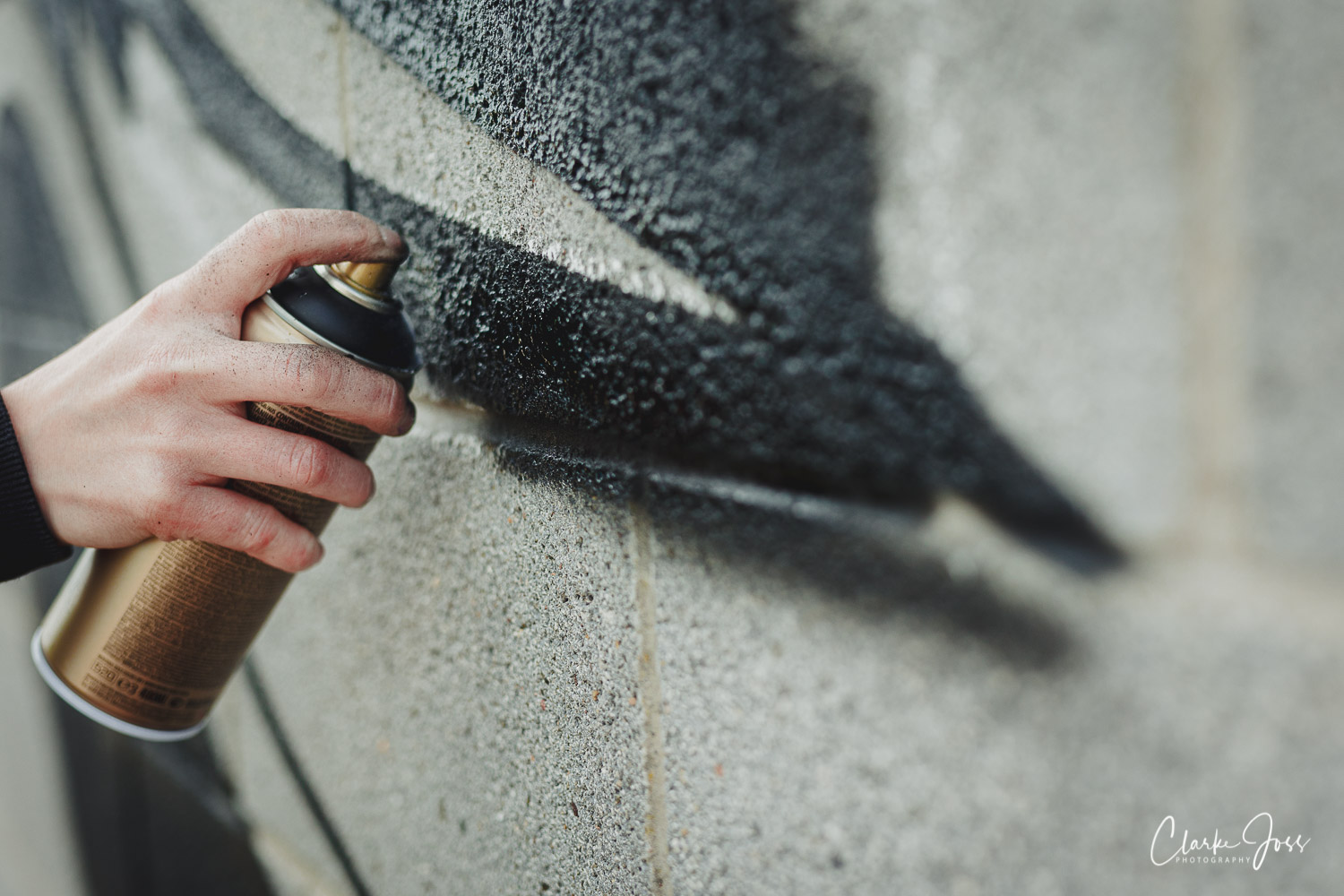 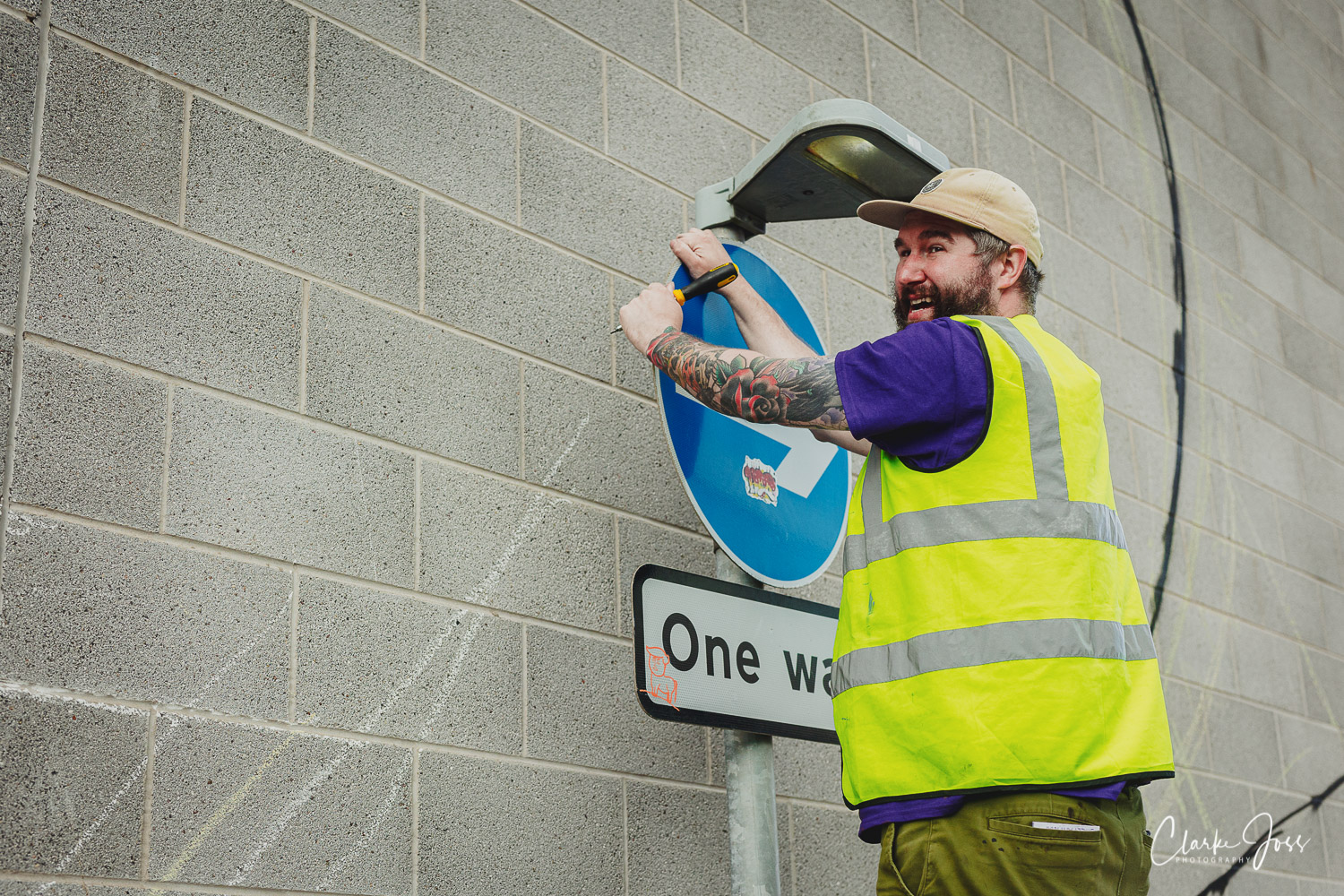 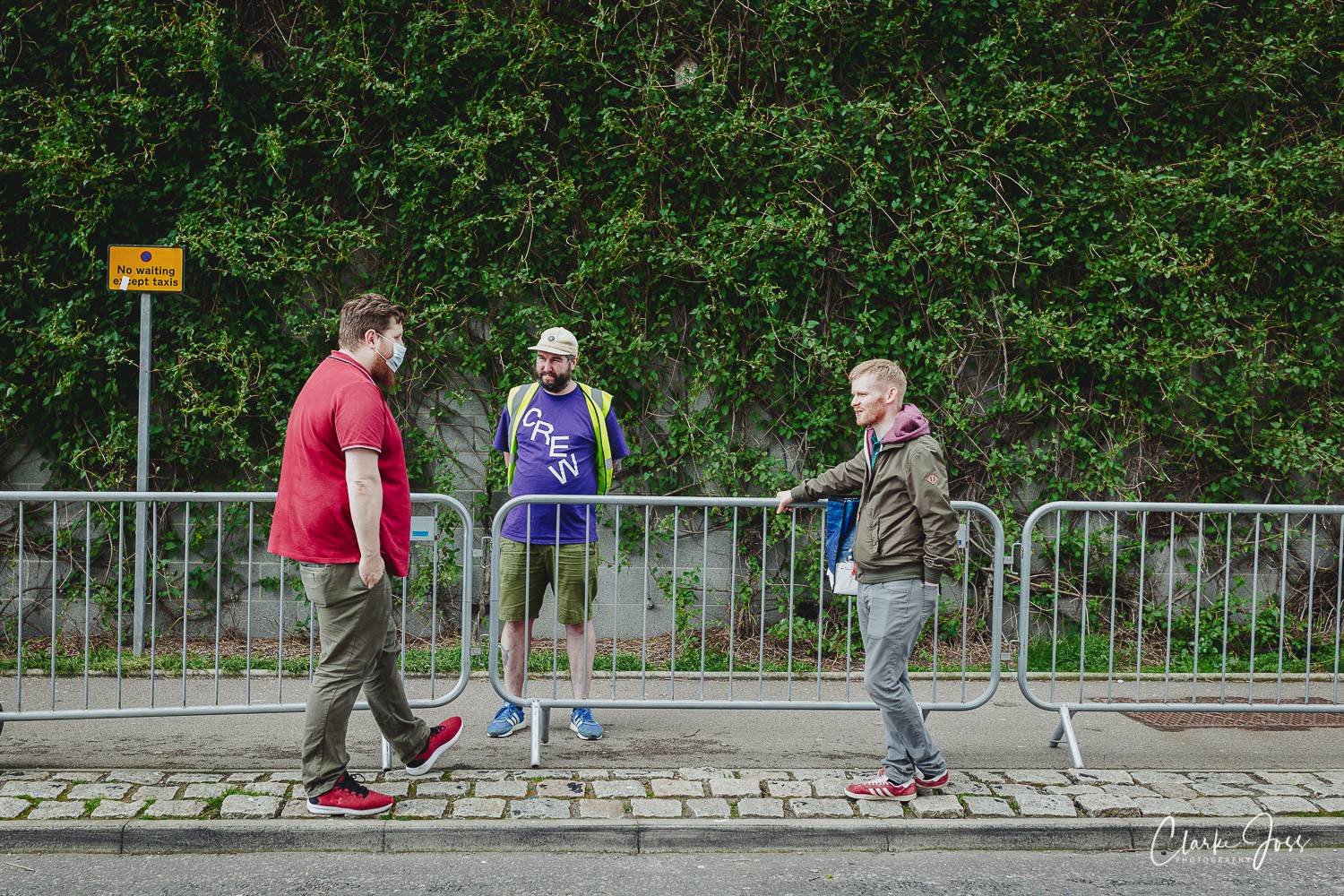 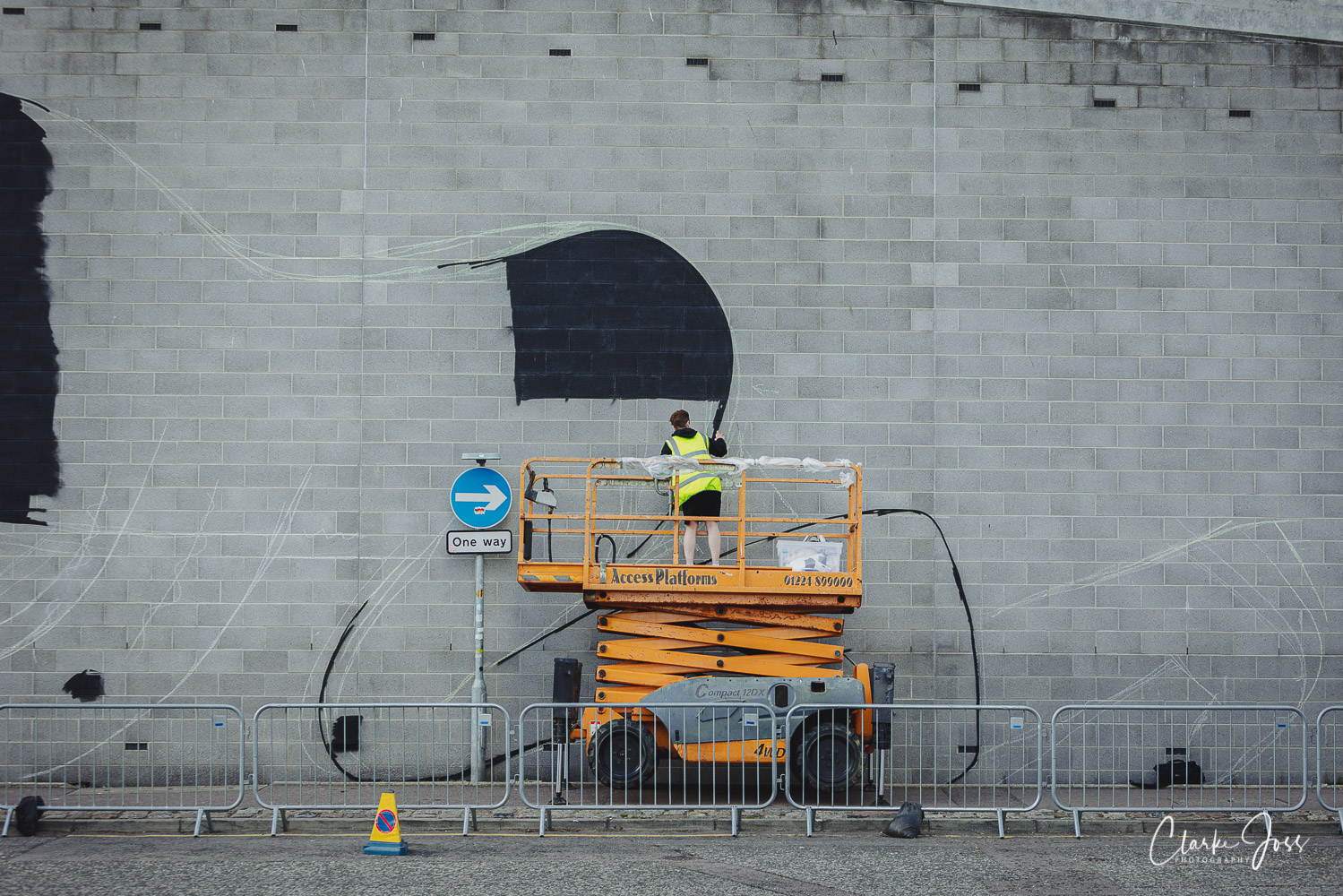 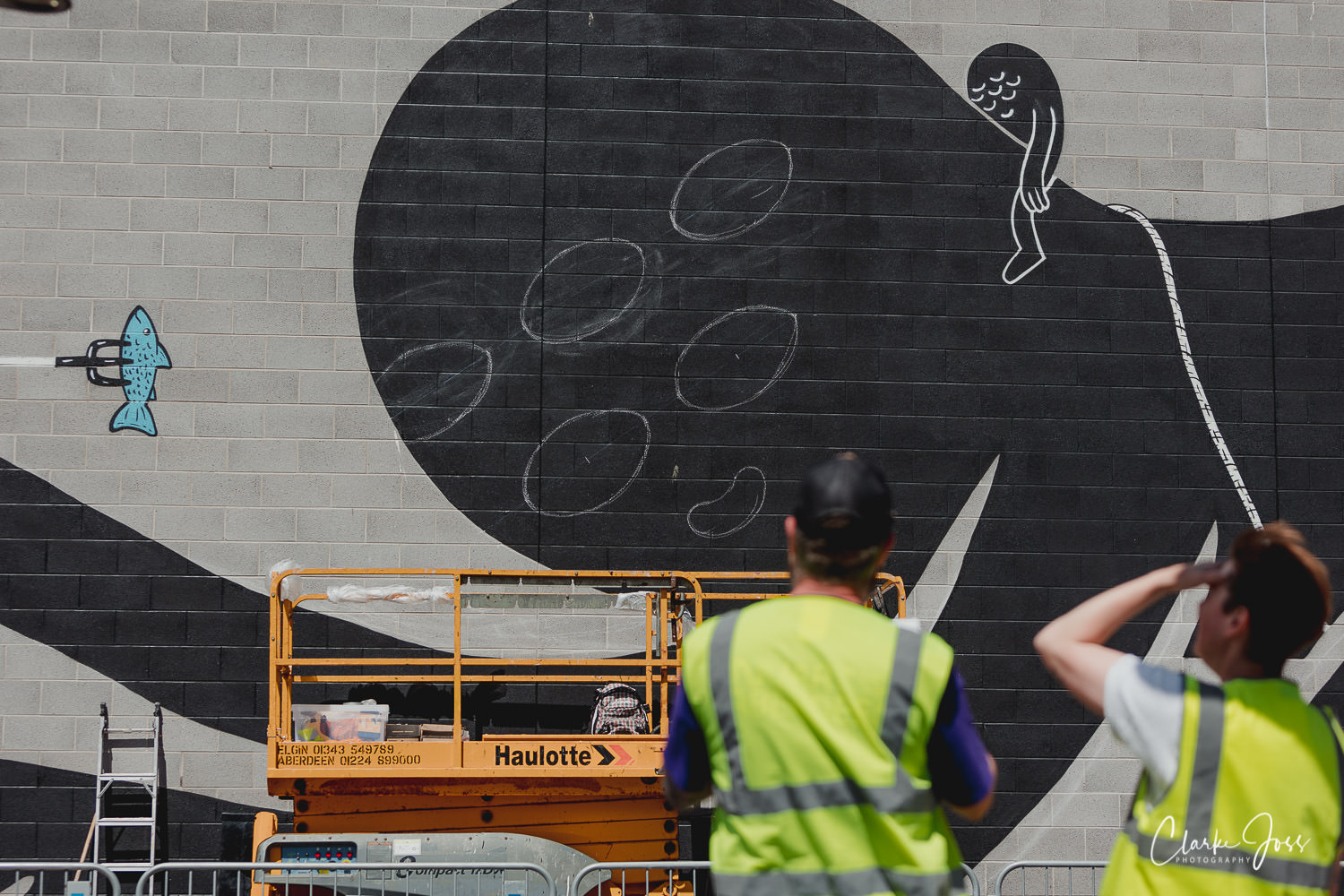 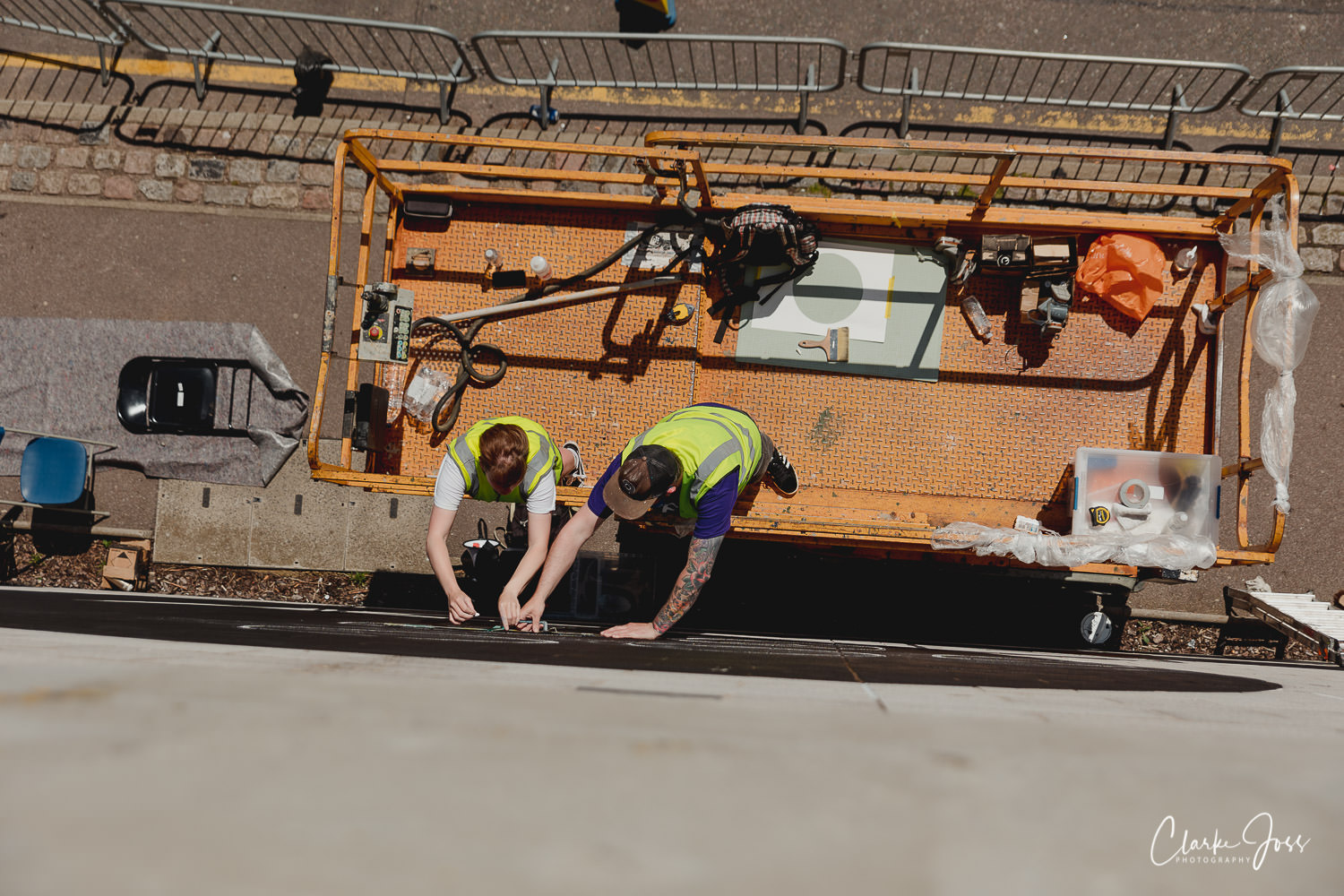 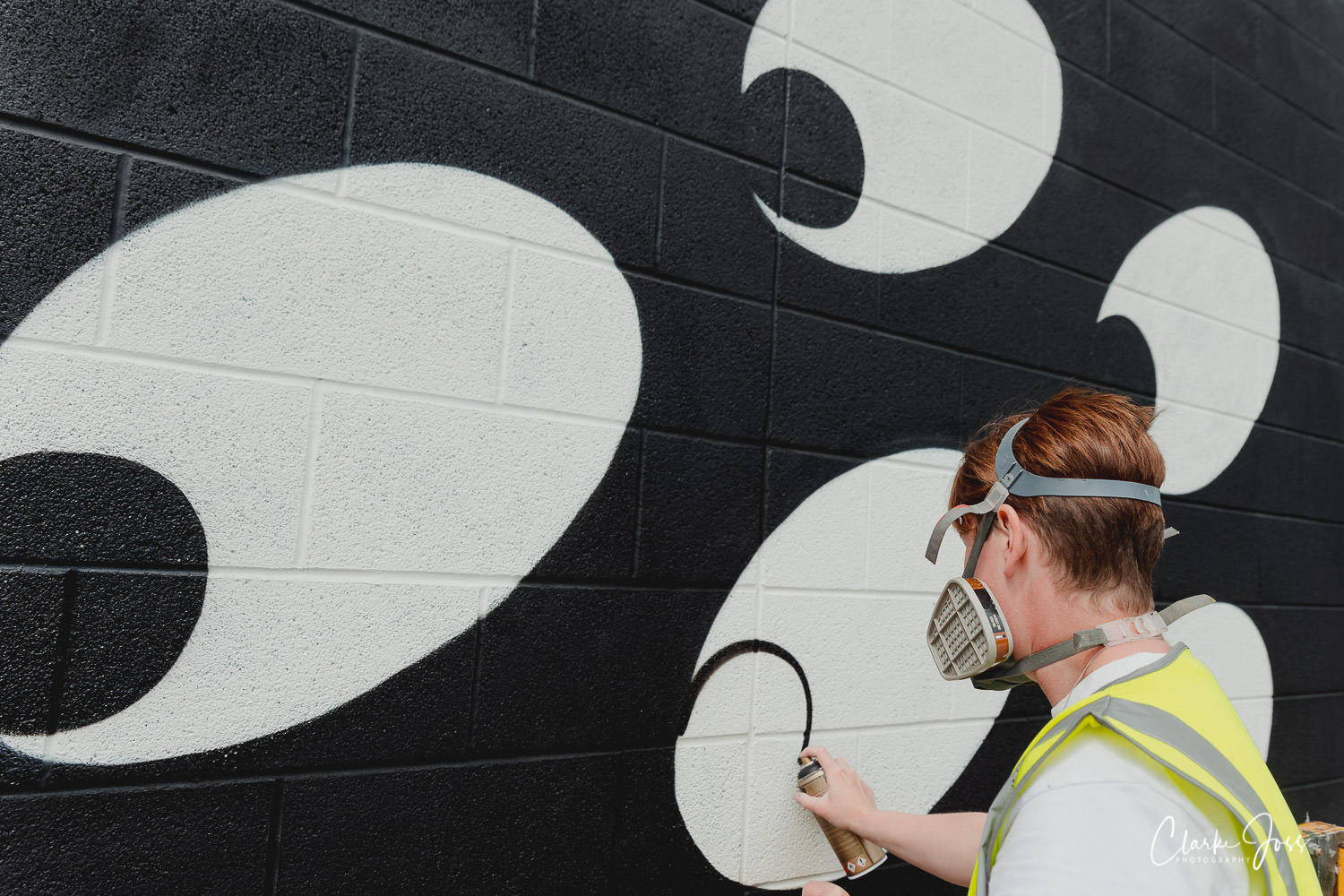 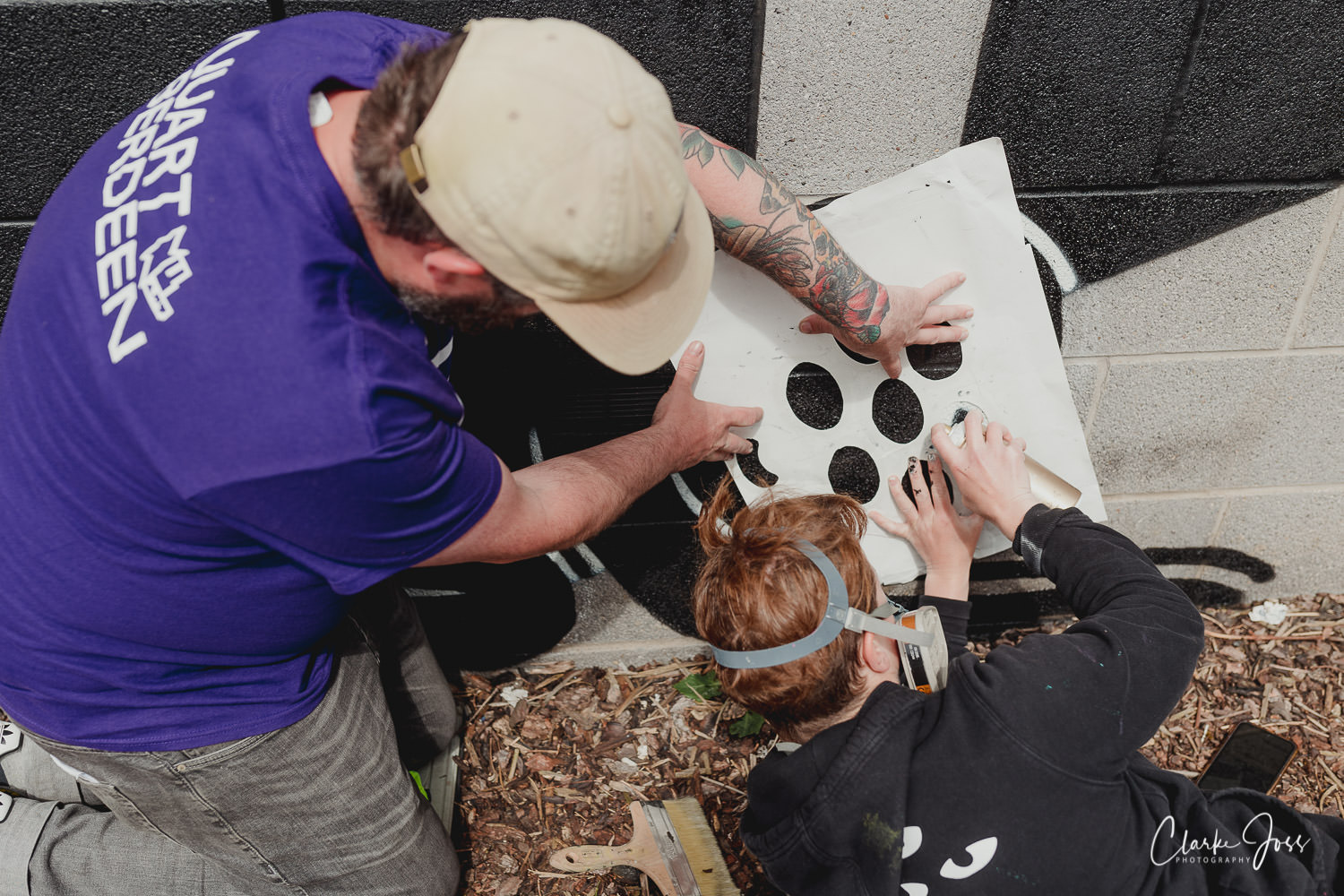 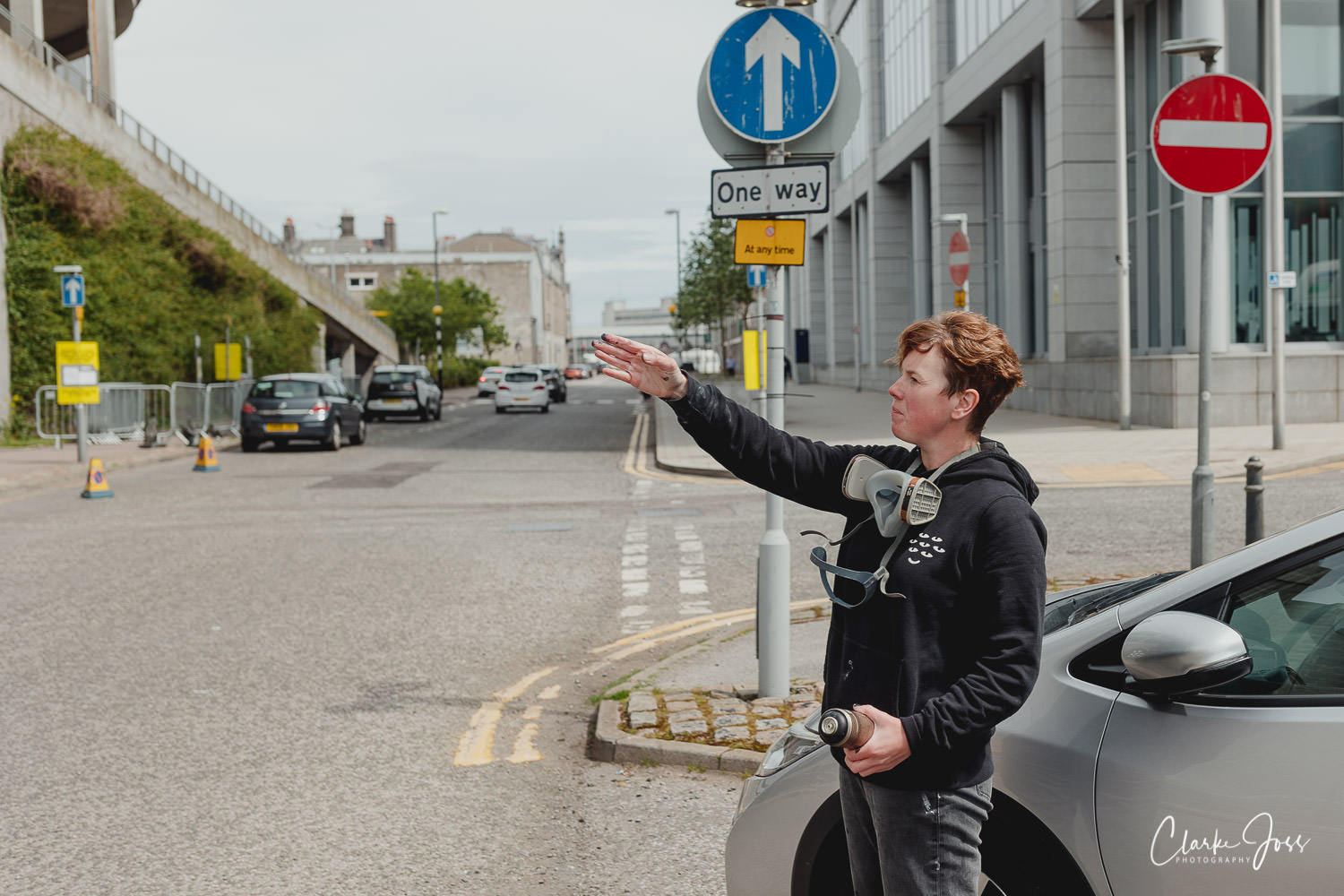 Katie carefully marked out her new design which features not 1 but 17 individual Ken’s including the giant Ken who’s slowly crawling towards a delicious looking blue fish, appropriate considering the murals location. Many of the local factory workers enjoyed checking on the murals progress each day as they clocked in for a long shift packing the days fish, ready for shipping to its final destinations across the UK.

Despite our best efforts we soon had visitors coming past to check on the murals progress. Many would stop and ask “what does it mean?”. Of course we flipped the question on them and asked for their take and we’re really amazed by some of the responses. One lady saw a connection to the city and its various trades, a small Ken wields a saw so perhaps he’s a joiner while another could allude to the cities fishing industry. Another visitor spoke about the big Ken being a symbol for newfound confidence in a post Covid world, big and brave, crawling forward out of the darkness of the last 15 months. Everyone who visited had a fresh take on the mural in progress and thankfully everyone kept to a safe distance, we’re still erring on the side of caution. But this small interactions did feel like another marker bringing us closer to a pre Covid normality.

Although the work continued with our small production crew it did feel strange to not have the usual buzz and stress of a full festival production. The team received daily photo up dates and the usual last minute “we need more paint please” requests so in some sense it was just like a normal production. And with previous Nuart volunteers helping out and dropping past to say hi it made painting a huge wall feel manageable. With the team split between Aberdeen, Stavanger & London it made for an interesting time along with almost stopping production because of the heat. It’s not unusual for a mural production to be rained off for a few days but to be too hot and require Factor 50 as a safety measure is almost unheard of! My cheeks are still hot 3 days later.

As the production progressed problem arose and we’re overcome as the team worked long days to get the first mural finished. As Katie stepped away from the wall after spraying the final line its safe to say that everyone felt a little emotional. With each day our confidence grew as we worked on a busy street and so did the Ken’s. Katie’s quietly been putting in the work and has done for years, always humble and willing to try something new and to push her work. Now as Aberdeen welcomes the latest addition to its silver walls we can all take a step back and say “Aye, I ken Ken, he’s down on Palmerston Road and he’s bloody huge!”

With a second KMG mural almost finished we’ll have plenty to share in the coming weeks along with some more exciting production announcements. We’re still taking it slow as we roll out our Summer 2021 programme but rest assured it’ll be worth the wait. Til then we’d like to say a big thank you to Katie for her hard work and dedication over the past week and to all of the Nuart team for their continued help and support. 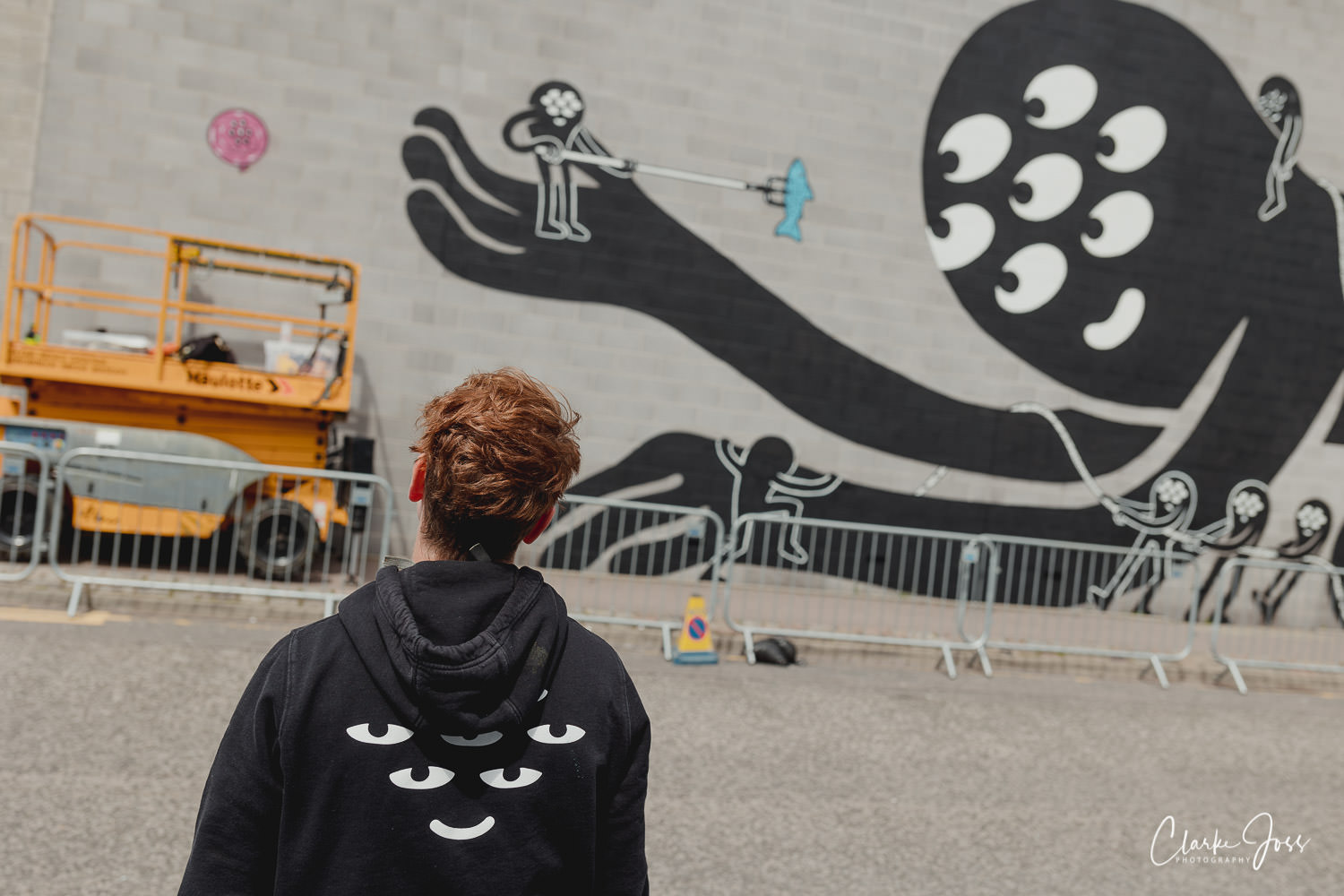 All photos by Clarke Joss Photography